POSITIVE PERFORMANCE IN U.S., OPTIMAL LIQUIDITY, DIGITIZATION AND SAVINGS: KEYS TO ARGOS DURING THE SECOND QUARTER 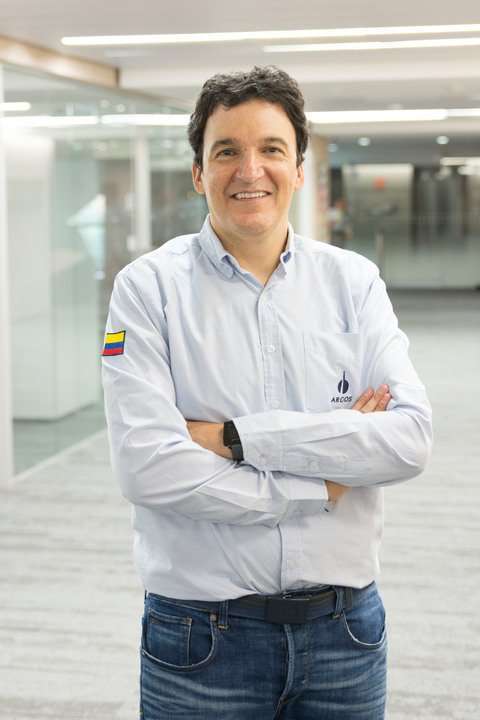 From April to June, Argos, a cement company of the holding Grupo Argos, reported encouraging results amid the COVID-19 crisis. Revenues stood at 2.1 trillion pesos ($USD 553,5 million), which represents a contraction of 9.1 percent compared to the same quarter of last year. These figures were caused in part by lower volumes associated with quarantines and the mandatory closings of operations in many markets. However, we were able to partially offset the decrease in volumes because of the continuity and resilience of the construction industry in the United States and the exchange rate of the Colombian peso, which has continued to exhibit devaluation.

The adjusted EBITDA* stands at 414,000 million pesos ($USD 108,4 million) (a decrease of 6.4 percent), has been positively impacted by the savings initiatives achieved within the RESET program during the quarter, which represented $USD 71 million. the consolidated EBITDA, from the first half of 2020, closed at 757,000 million pesos ($USD 205,3 million) with a decrease of 4 percent compared to the first half of 2019.

Regarding cement and ready-mix volumes ** during the second quarter, we experienced a decrease of 23.3 percent and 18.8 percent, respectively, and were 3.2 million tons and 1.9 million cubic meters. Again, our figures were impacted mainly because of the quarantine measures in Colombia and countries of the Caribbean and Central American regions.

RESET advances: To mitigate the pandemic’s effects, Argos expeditiously executed an integrated action plan called RESET a few months ago. Here are some of its advances:

“Even though all economies are forecasting a significant slowdown, we are closing the first half with satisfactory results, given the circumstances and with very good liquidity position. These were mainly boosted by our people’s commitment to the implementation of the health and safety protocols, the savings initiatives contained in RESET, along with a better-than-expected dynamic in the United States and some of our markets in the Caribbean.” Juan Esteban Calle, Argos’ CEO.

In the United States Region, Argos obtained revenues of $USD 387 million, with a decrease of 5.2 percent, compared to the same quarter in 2019. It is important to highlight that the registered EBITDA was $USD 80 million, with an increase in 2.3 percent in comparable terms, excluding the impact of the divestment of some of our concrete operations last year. This milestone is due mainly to the savings initiatives carried out in the quarter, which represented $USD 22 million, obtained mostly from costs.

The US market continued to demonstrate its strength during the second quarter, with productivity despite the pandemic’s evolution in states like Texas and Florida. Cement volumes decreased by 5.8 percent, primarily affected by the stringency of the closure measures in the northeast, as well as by the reduced demand from the wholesale segment throughout the country. On the other hand, the volumes of concrete had an increase of 2.8 percent in comparable terms, when excluding the divestment of operations in 2019. This is a result of the accumulation of orders and positive market conditions.

Regarding prospects, Argos estimates a good performance in the residential segment in the short term, driven by the low mortgage interest rate in the markets. Concerning the infrastructure segment, there is an expectation of an aid package, either in the form of a new bill passed by the Congress or a renewal of the Fast Act to further boost the country’s recovery.

In the Colombian Region, revenues totaled 316,000 million pesos ($USD 79,6 million), representing a decrease of 44.2 percent, a figure affected by lower volumes due to the total quarantine that the country had at the beginning of the second quarter, with a gradual reopening as of mid-April.

Likewise, EBITDA stood at 43,000 million pesos ($USD 10,3 million) and decreased 61.9 percent. Savings initiatives, which represented $USD 28 million during the quarter, derived from $ 24 million in cost efficiency and $4 million in selling and administrative expenses, contributed positively to the result.

Due to quarantine, shipments of cement and ready-mix were at 636,000 tons and 322,000 cubic meters respectively, representing a decrease of 46.5 percent and 55.8 percent, comparatively. It is important to mention that, with the progressive recovery, the volumes in June were close to 80 percent of the average demand during the months prior the pandemic. The EBITDA in this month was 15 percent higher than that of June 2019.

Regarding market dynamics, the residential segment has shown an improvement in the last two months but has not yet reached its full potential. In Colombia, the government has announced subsidies for 200,000 homes to be divided equally between low-cost housing and non-low-cost housing, which would positively impact the residential segment in the medium-term. Regarding infrastructure, 5G projects were announced with an estimated investment of 20 trillion pesos in the first wave, which could begin the structuring process in early 2021.

In our Caribbean and Central America Regions, revenues represented $USD 87 million during the previous quarter, with a reduction of 38.8 percent compared to the same period in 2019. EBITDA, in that same line, experienced a decrease of 40.6 percent. The savings initiatives carried out in the region, which was $USD 10 million, also contributed to the stability of the EBITDA margin, which was relatively similar to the same quarter of 2019, with a variation of -0.8 percent. This stability was due to the strong recovery of countries such as Honduras and the Dominican Republic during June and Haiti’s performance throughout the quarter.

During the second quarter, most regional countries experienced total or partial quarantines that affected cement and ready-mix volumes, which decreased 23.9 percent and 90.6 percent respectively, because of the isolation measures. On the other hand, Panama only started its partial reopening from the first weeks of June, when the reactivation of some infrastructure projects was allowed. During that month, the country managed to recover volumes by 65 percent compared to June 2019.

This evolution within the regions indicate that some countries may recover faster than initially expected. However, the company continues to be cautiously optimistic about the second half of the year. Especially considering that countries like the Dominican Republic will face the start of a new government and will have limited public budgets as a consequence of the pandemic.

“We have taken care of our employees’ health and well-being and kept 100 percent of their jobs. We continue to be present and in solidarity with all of our stakeholders and fully committed to investing, generating quality employment and helping to build better, more inclusive and equitable countries,” said Juan Esteban Calle.

POSITIVE PERFORMANCE IN U.S., OPTIMAL LIQUIDITY, DIGITIZATION AND SAVINGS: KEYS TO ARGOS DURING THE SECOND QUARTER